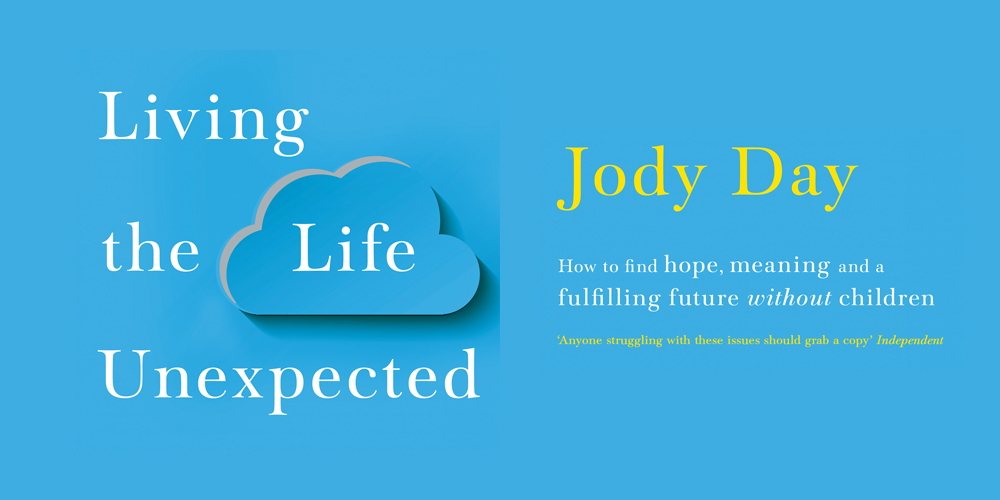 It seems that our current place is to be either a sob story or a miracle baby story, with not much in between. That’s where we are today, but it will change –it’s already changing and, as my gallery of hundreds of childless and childfree women role models on Pinterest hopefully shows, our experience will become increasingly normalised.

If I had known that a happy and fulfilling life without children was possible, I might have begun the process of accepting my situation much earlier than I did. But when the alternative to motherhood looked so bleak that I couldn’t even contemplate it, what choice did I have but to just keep on hoping, keep on planning, keep on dreaming and keep putting my life on hold in my quest to become a mother? Even just one role model of a woman I admired who was childless would have made a massive difference to me.

In the past, elders in society were valued as a source of wisdom. Indeed, in some Native American cultures it is believed that when a woman stops menstruating, her blood is retained inside her as wisdom instead. They also have a tradition that all elder women are known as ‘grandmothers’, whether mothers or not, and all are treated with respect and revered for their knowledge and wisdom.

I bought the very first edition of this book (then titled Rocking the Life Unexpected) back in August 2014. It was immediately after listening to a program on Radio 4 called A Family Without A Child. It was the very first time I’d heard voices saying exactly what was in my head. Jody Day was one of those voices.

I posted a link to the broadcast on my Facebook page with these words. ‘So good to hear the voices of women like me. I have laughed with you & wept with you. Thank you.’ This was another first; a public acknowledgement of how I felt about my childless status. I was 53.

At this time I felt I was truly out the other side and safely landed in a place of acceptance about my childlessness, however this was a situation known only to myself. I had made this transition alone. There was no Gateway-Women no World Childless Week no The Full Stop Podcast or any of the other many wonderful organisations now available to provide support to the childless-not-by-choice.

In reviewing Living the Life Unexpected, this latest, thoroughly updated version of Jody’s book, I feel I must start with a confession. When I took delivery of the first edition I admit I just skimmed through it. I smiled when I saw an exercise which included writing a letter to your unborn children, as I had already done exactly that. In November 2001 I wrote two pages of A4, a gushy missive full of love and wonder to the children I never had; the children of my imagination. Writing it was a cathartic experience for me and in many ways it heralded my acceptance, so I hoped that it would do the same for Jody’s readership..

So whilst I thought it was great that this book was out there, I felt it was too late for me, I had already done the work. Hey, I was fine, I didn’t need to read it. Besides I was also at the time dipping in and out of writing a memoir of my own experience, which later turned into another letter to my unborn children, a much LONGER letter Dear You. I thought Jody’s book was for others, for those still raw and suffering… WRONG!

This book is for EVERYONE who is childless by circumstance. As Jody says, we are all in ‘recovery’ from childlessness; we are never ‘not’ childless, even though we may have come to terms with it. I have learnt this only now by revisiting it to write this review. So not only do I have Jody to thank for writing this book but also by doing me the honour of asking me to take part in her blog tour she has re-connected me to her words. Her email to ask me was timely; I’d just had a most unexpected wobble, smacked in the eye by a raft of grief. I dived back into Living the Life Unexpected and found so much to help me in this volume. The simple reassurance of words from like-minds. They are a balm; they soothe, refresh and inspire.

There are many, many quotes from the book that resonate with me but the one I think speaks to me the most is this –

Imagine how different it would have been for you if you had known of other women who’d come to terms with their childlessness and had gone on to create a life of meaning? Imagine if such women were a part of our culture –seen on TV and in magazines as normal people, not as cautionary tales or freaks, but just as another way to be an adult woman?

To this end Jody Day is our trailblazer. She eloquently tells it exactly how it is. She is a spectacular human being. She has written a book that heals. What a wonderful thing.

Then I suggest you buy it here!